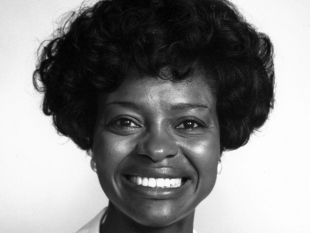 Zora BrownNATIONAL CANCER INSTITUTE Zora Brown, a trustee for the American Association for Cancer Research’s (AACR) Foundation for the Prevention and Cure of Cancer, died Sunday (March 3) at the age of 63. She was fighting stage III ovarian cancer, after having beaten breast cancer twice.

“There is a hole in our hearts as we mourn the loss of Zora Brown, who despite her many years of dealing with two cancers and multiple relapses, maintained an amazing and courageous spirit that inspired everyone around her,” Margaret Foti, chief executive officer of the AACR, said in a press release.

In 1989, after learning that breast cancer mortality rates were increasing in African-American women even as they decreased in white women, Brown founded the Breast Cancer Resource Committee, an organization dedicated to lowering the breast cancer mortality rate among African-Americans.  Then in 1991, President George H.W. Bush appointed Brown to...

“She was so full of wonderful life every time we interacted,” Nobel Laureate and past president of the AACR, Elizabeth Blackburn of the University of California, San Francisco, said in a press release. “These tragically too-early losses inspire us to redouble our endeavors against cancer.”