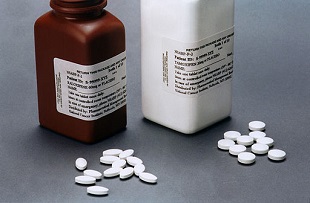 WIKIMEDIA, NATIONAL CANCER INSTITUTE, BILL BRANSONFor every pound ($1.70) the U.K. invested in cancer research from 1970 to 2009, the country saw a return of 40 pence ($0.68), according to a report published today (June 16) in BMC Medicine. A team led by Jonathan Grant of the nonprofit RAND Europe and King’s College London harnessed previous work investigating the returns on government investments into heart disease and mental health research.

For the present study, Grant’s team looked at the economic returns from cancer research in the U.K. over nearly four decades. It included economic benefits that came from efforts to reduce smoking rates, to expand cervical cancer screening programs, and from the development of breast cancer treatments like tamoxifen.

“Our findings suggest that despite uncertainties, the historical economic returns were substantial and would justify the public and charitable investment made in cancer research,” coauthor Matthew Grant of Brunel University said in a statement. “However, it is important to note that past performance is not an indicator of future performance, and given the observed increase in cancer research investment over the last two decades, greater net health gains would be needed to see similar returns.”

“This study highlights the significant returns that have been realised as a result of the huge generosity of the British public, who in the last 40 years have contributed an astounding £15 billion [$25.5 billion] to cancer research through their taxes and charitable donations," added Harpal Kumar, chief executive of Cancer Research UK.