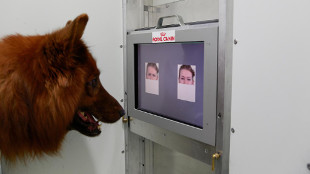 Just half of a human face is enough for dogs to tell the difference between a happy and an angry expression, according to a study published this week (February 12) in Current Biology.

Researchers at the Messerli Research Institute of the University Veterinary Medicine Vienna in Austria showed 18 dogs either the top or bottom half of two human faces on a computer screen and trained the animals to recognize either happiness or anger by rewarding them with food for touching the appropriate face with their noses. Nine border collies, one fox terrier, and one sheltie did well enough in training to undergo further testing. In the tests, the dogs had to identify the same expression in the other half of the training face, the left side of the training face, and each half of a new face. In each of these four challenging conditions, the dogs selected the correct expression on average 70 percent to 80 percent of the time, comparable to their performance during training and more often than would be expected by chance. “Our results suggest that the successful dogs realized that a smiling mouth means the same thing as smiling eyes,” study coauthor Corsin Müller told Live Science.

“We think the dogs in our study could have solved the task only by applying their knowledge of emotional expressions in humans to the unfamiliar pictures we presented to them,” Müller added in a statement. Although the study did not conclusively show that dogs understand the meaning of these different facial expressions, it suggested that the animals may have some idea that angry faces are bad, since the dogs trained to recognize angry faces took three times as long to be trained as those taught to touch happy faces. “Here we have some suggestive evidence that they interpret those pictures, and maybe they really understand an angry face to be something they don't like,” study coauthor Ludwig Huber told BBC News. 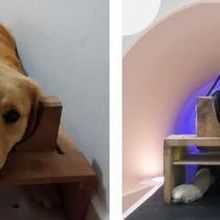