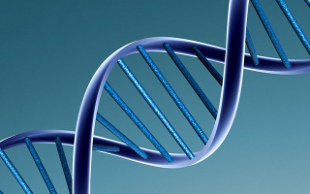 FLICKR, CAROLINE DAVISCRISPR/Cas9, now widely used as a precise way to edit DNA, involves the Cas9 protein locating pre-programmed sequences of base pairs before slicing and dicing the genome. Two recent reports, one published in Nature (October 28) and the other in Science (November 12), unveil details about how Cas9 ensures it targets the right sequences.

In the Science paper, CRISPR pioneer Jennifer Doudna from the University of California, Berkley, and her colleagues explored how the Cas9 protein searches for a single pattern of base pairs in an entire genome. Cas9 operates in conjunction with an RNA, programmed to guide Cas9 to a specific 20-nucleotide section of DNA. “It’s crazy that the Cas9 complex manages to scan the vast space of eukaryotic genomes,” study coauthor Spencer Knight of Berkeley said in a press release.

The team visualized Cas9’s binding patterns with single-particle tracking, finding that once the protein...

In the Nature paper, Doudna and others investigated how Cas9 governs its DNA cleavage abilities. Once it binds to a region of DNA, the Cas9 protein will change shape based on how closely the DNA region matches Cas9’s programmed target. “We found that RNA-guided Cas9 can bind some off-target DNA sequences, which differ from the correct target by just a few mutations, very tightly. Surprisingly, though, the region of Cas9 that does the cutting is inhibited because of the imperfect match,” study coauthor Samuel Sternberg of Berkeley said in the press release.

This “proofreading mechanism,” the authors wrote in Nature, “serves as a final specificity checkpoint before DNA double-strand break formation.”