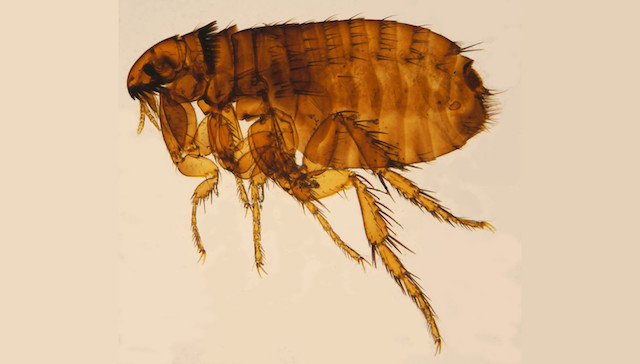 Murine typhus, a bacterial disease carried by fleas and lice, is on the rise in Texas, researchers reported last last week (March 22) in Emerging Infectious Diseases.

Rickettsia, the bacteria behind typhus, as well as spotted fever and other diseases, is most commonly carried by rodents and opossums. Murine typhus sufferers typically experience fever and other flu-like symptoms as well as a distinctive rash. If left untreated, the disease can cause damage to organs, including the liver, heart, and brain. Melissa Nolan Garcia, a study co-author and pediatric tropical medicine instructor at Baylor College of Medicine, told STAT that murine typhus was traditionally found in southern Texas, where poverty is more widespread. “However, when we are starting to see more cases in San Antonio, Houston, and Dallas … I think we’re starting to see a little bit of a...

Garcia and colleagues scanned Texas health records to track the number and geographic distribution of typhus cases between 2003 to 2013. The team identified a total of 1,762 cases. Among these, they found 1,047 hospitalizations and four deaths. They also discovered that while only 27 people were diagnosed with the disease in 2003, that number that shot up to 222 in 2013. Those most commonly infected were children and adolescents between the ages of five and 19.

The team is unsure about what caused the increase in murine typhus cases, but Peter Hotez, Dean of the National School of Tropical Medicine at Texas’ Baylor University who was not involved in the study, told Vocativ that there could be several reasons for the rise, including climate change, poverty, and migration. “The rise in murine typhus tends to parallel the rise in other neglected tropical diseases (NTDs) in Texas, especially the vector-borne NTDs transmitted by arthropods,” he said.

Being aware of the increasing cases of typhus alone is enough to make a difference for patients, Lucas Blanton, of the University of Texas Medical Branch who was not involved in the work, told STAT. “Being able to treat a patient with a relatively inexpensive antibiotic and have them get better quickly means a lot,” he said. “And all it really requires is awareness.”