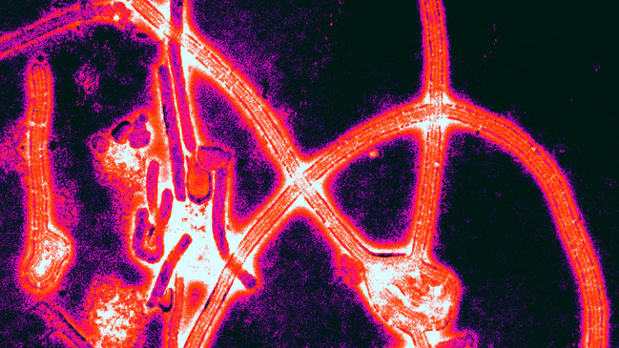 PLOS PATHOGENS, THOMAS W. GEISBERTThe monoclonal antibody drug that contributed to saving the lives of two American aid workers who were infected with Ebola during the 2014 epidemic in West Africa has shown only the slightest glimmer of promise in a small clinical study. The researchers who conducted the trial presented the results on Tuesday (February 23) at the Conference on Retroviruses and Opportunistic Infections, and The New York Times was among the first news outlets to report the findings.

Researchers tested ZMapp, which is manufactured by San Diego–based Mapp Biopharmaceutical, amid the 2014 Ebola outbreak and had hoped to enroll 200 patients in the randomized controlled trial. But as the epidemic waned, the study totaled only 72 people—from Guinea, Liberia, Sierra Leone, and the United States.

Of the 71 patients considered in the final analysis (one was “lost to follow up,” according to the researchers), 36 got...

Other researchers appeared to be even more hopeful about the study results. “It is the strongest sign yet that we may have a drug that can reduce mortality and save lives for patients infected with the Ebola virus,” said Brown University’s Adam Levine, director of Ebola research for the aid group International Medical Corps, in a statement.