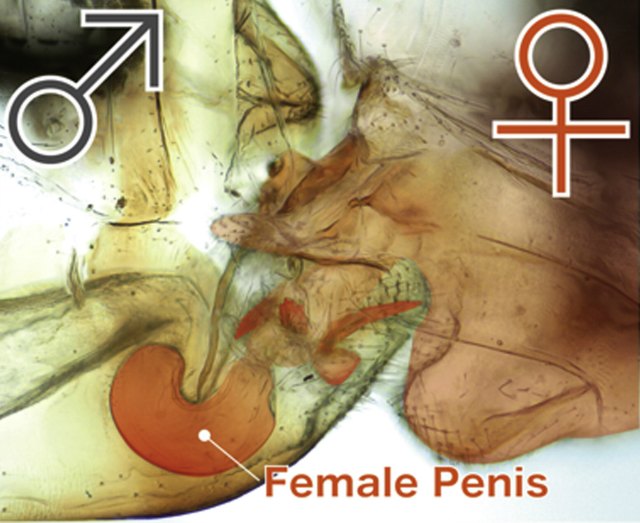 The gymnosome, a penis-like structure of female Neotrogla curvata, penetrates the male during sex.K. YOSHIZAWA ET AL., CURRENT BIOLOGY, 24:1006-10, 2014. WITH PERMISSIONThe growth of ears in adulthood, liquid-state cats, coffee spills, and the neural basis of disgust with cheese were among the research projects that took home Ig Nobel prizes this year. The “27th First Annual” ceremony, which included skits, singing, and paper airplanes, according to NPR, was held at Harvard University last night (September 14).

The winner of the biology prize, “Female Penis, Male Vagina and Their Correlated Evolution in a Cave Insect,” is a report on a Brazillian species with a highly unusual sex life. The authors write in their paper that the female inserts a penis-like appendage into the male’s “vagina”—where it stays for approximately 40 to 70 hours of copulation. 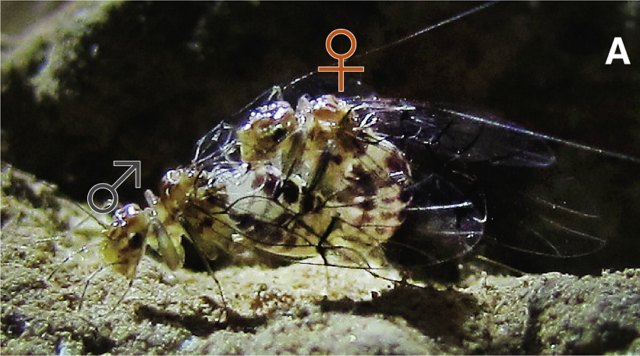 Science reports that each of the winners received 10 trillion Zimbabwean dollars, worth a few cents of US currency. 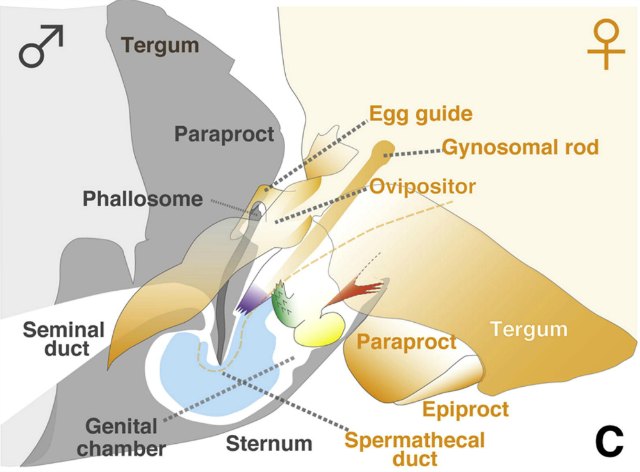