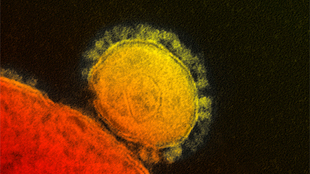 The Centers for Disease Control and Prevention (CDC) today (May 2) announced the first case of Middle East respiratory syndrome coronavirus (MERS-CoV) infection in the U.S. The patient, who is currently in stable condition in an Indiana hospital, flew from Riyadh, Saudi Arabia, to London and then Chicago on April 24 before taking a bus to Indiana that same day. Officials have yet to release further details on the patient, who began experiencing respiratory symptoms on April 27, the CDC said. Researchers at the Indiana state public health laboratory and the CDC confirmed the patient was infected with the MERS-CoV.

“We’ve anticipated MERS reaching the U.S., and we’ve prepared for and are taking swift action,” CDC Director Tom Frieden said in a statement. “We’re doing everything possible with hospital, local, and state health officials to find people who may have had contact with this person so...

With this confirmed infection, the U.S. joins 11 other countries in which MERS-CoV has been detected. According to the CDC, 401 people have been infected with the coronavirus worldwide since September 2012. While health officials and researchers around the world are trying to understand more about this emerging infectious agent, one thing is for certain: it’s on the move.