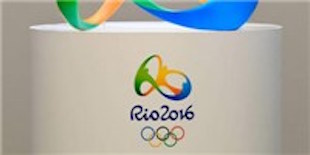 FLICKR, IAN BURTAs many as half a million people from more than 200 countries are expected to descend on Rio de Janeiro for the Olympic and Paralympic Games in Brazil next month. This represents only a small fraction of total travel to countries with active Zika virus transmission, the US Centers for Disease Control and Prevention (CDC) noted in a report released today (July 13). People returning home from the Olympics may lead to an increased risk of Zika transmission in four African countries, however: Chad, Djibouti, Eritrea, and Yemen.

“Globalization in the 21st century is the primary driver of Zika virus spread that has occurred to date,” report coauthor Martin Cetron, director of the CDC’s Division of Global Migration and Quarantine, told STAT News. “It’s really driven by global aviation and travel and connectivity. And the relative contribution of the Olympics in Rio is quite small compared...

The CDC estimates that 19 countries that are not currently reporting Zika outbreaks have conditions that could support mosquito-borne transmission of the virus. Of these, return travel from the Olympics represents a risk to only the four aforementioned African countries, because—apart from the Olympics—these nations do not have significant travel to areas where Zika is active, according to the report. The CDC’s findings support those of the World Health Organization (WHO), which said in June that there was no need to postpone or cancel the Olympics for public health reasons.

The virus—which is known to cause birth defects—is spread primarily through the bite of infected mosquitoes, which are typically rare during the cool and dry winter months of August and September in Brazil. However, concerns have been raised about sexual transmission of the virus, which may be more common than previously thought.