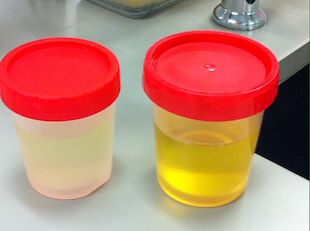 WIKIMEDIA, MARIANAH.96The US Centers for Disease Control and Prevention (CDC) yesterday (May 10) issued a statement calling for clinicians to test both the urine and blood of patients with suspected Zika virus infections. The virus can be detected for up to two weeks in urine, compared to only about one week in blood, according to a report released by the agency.

Under the new testing guidelines, “there may be some infections that are more definitively diagnosed than they would have been,” said CDC epidemiologist Marc Fischer, The Washington Post reported. “This gives you a more specific finding of the presence of genetic material of the virus.”

According to the agency’s report, the Florida Department of Health Bureau of Public Health Laboratories collected urine samples from 70 people suspected to have Zika virus infections, of which 65 tested positive by RT-PCR. Of the 55 individuals who had both blood and...

The CDC guidance is timely as mosquito-season nears, and the species that carry Zika could spread to North America. Infections with the virus are normally mild, but have been linked to birth defects.

“We are not recommending [urine testing] to replace blood testing,” Fischer told STAT News. “We’re saying to do both.”