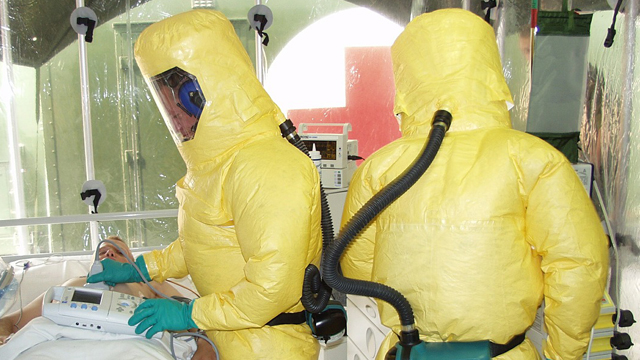 PIXABAY, BHOSSFELDDue to dwindling funding, the Centers for Disease Control and Prevention (CDC) plans to scale back or discontinue efforts to prevent infectious-disease epidemics and other health threats in 39 of 49 foreign countries. This work was supported by a five-year, $582-million supplemental package awarded to the CDC and other government agencies in 2015 to respond to the Ebola epidemic in West Africa. But the funds run out in September 2019.

According to The Washington Post, a coalition of global health organizations sent a letter to US Health and Human Services Secretary Alex Azar on Monday (January 29) asking the administration to reconsider the planned reductions to programs. Cutting funds after outbreaks subside can backfire and make subsequent outbreaks even more expensive to manage, the coalition explained. The Ebola outbreak, for example, cost US taxpayers $5.4 billion in emergency supplemental funding, the article notes. It also added costs as a...

An anonymous source tells The Washington Post that the CDC began notifying staffers and officials two weeks ago about the reduction in efforts because of “no new resources.”

In an email to staffers reviewed by The Wall Street Journal, the CDC says that it will continue global health security activities in 10 countries: India, Thailand, Vietnam, Kenya, Uganda, Liberia, Nigeria, Senegal, Jordan, and Guatemala. It will scale back efforts in China, Pakistan, Haiti, Rwanda, and Congo—some of the world’s hot spots for emerging infectious diseases.

An anonymous source tells The Washington Post that if more funding becomes available in the fiscal year starting October 1, the CDC could resume work in China and Congo, as well as Ethiopia, Indonesia, and Sierra Leone.

The president's fiscal 2019 budget, which will be released soon, should reveal whether officials who have urged for more funding for global health security were heard or not.