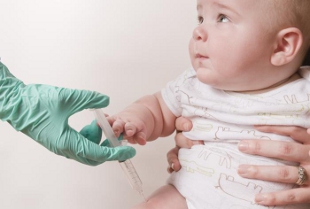 CDC PUBLIC HEALTH IMAGE LIBRARYThe Vaccines for Children program (VFC), which provides vaccines to kids whose families cannot afford them, was launched in 1994 in response to a spike in deadly measles cases in the United States. Now, 20 years later, officials at the US Centers for Disease Control and Prevention (CDC) estimate that the program will save some 732,000 participants, as well as prevent more than 21 million hospitalizations and 322 million illnesses.

“Thanks to the VFC program, children in our country are no longer at significant risk from diseases that once killed thousands each year,” CDC Director Tom Frieden said in a statement.

The report comes at a time when measles is actually on the rise in the U.S., with 189 cases reported last year and another 129 on the books so far for 2014. At least 34 of this year’s cases appear to have been...

Unfortunately, persistent beliefs that vaccines are linked to autism or other diseases has resulted in increasingly numbers of unvaccinated people, among whom the highly contagious disease can spread quickly. “Because measles can be spread so easily, unvaccinated people become very vulnerable once a disease is introduced,” Anne Schuchat, U.S. assistant surgeon at the National Center for Immunization and Respiratory Diseases, told reporters, according to Reuters.