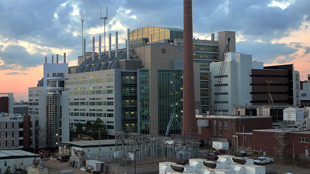 Under President Obama's 2013 budget proposal, the Centers for Disease Control and Prevention's budget will be cut by $664 million, or 11 percent—the largest proposed cut of all the government’s health agencies, the Wall Street Journal reported. The administration has proposed to compensate for those cuts through two other sources of income that the CDC has tapped into in the past, but those sources are far from a sure thing.

One proposed source is payments from other public-health agencies, but that funding depends on Congressional approval, which can’t be guaranteed, Nature reported. Another source is the Prevention and Public Health Fund, which was established as part of the 2010 health care law. The fund, which was originally designed to support new disease-prevention programs, has already been used heavily over the past 2 years to compensate for CDC cuts, the...

The CDC budget cuts could result in continued job loss in state and local health departments and decreased funding for the Strategic National Stockpile, a repository of drugs reserved for fighting epidemics and bioterrorism.