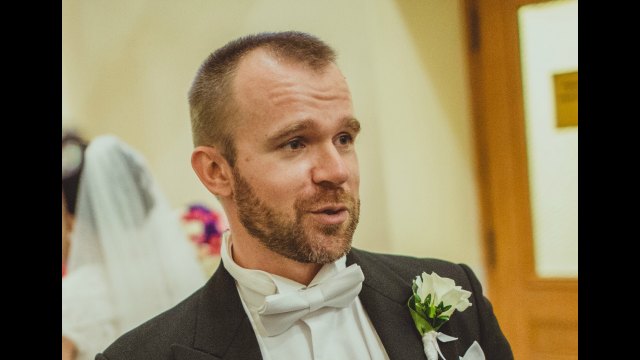 Andreas Doncic, an assistant professor at the University of Texas (UT) Southwestern Medical Center, died last month (April 21) when he was struck by cars while walking across a highway. He was 40 years old.

Doncic’s lab, which he started in 2015, was studying cell division decision-making in budding yeast and was in the process of publishing its first results. “What he found is a mathematical approach to this prediction [of cell fate] with multiple sets of data,” says Sandra Schmid, chair of the Department of Cell Biology at UT Southwestern. She adds that his accomplishment “is amazing,” and that his vision for this project was what had prompted her to hire him.

Doncic grew up in Sweden and earned his bachelor’s degree in Russian language and literature from Gothenburg University, then switched gears to life science for his master’s in molecular biotechnology engineering at Uppsala University, according...

He moved to Israel for his PhD, where he studied biomedical engineering and systems biology at Tel Aviv University and the Weizmann Institute of Science. As part of his graduate work, Doncic developed a mathematical model to describe how the mitotic spindle checkpoint, which serves as a quality-assurance stopgap during cell division, inhibits the cell cycle from progressing.

For his postdoc, Doncic joined the brand-new lab of Jan Skotheim at Stanford University in 2008. “Even now, almost 10 years later, so many of our protocols and analysis methods bear his mark. Not a day passes when we don’t still use his software,” writes Skotheim in a memorial on his lab website.

With Skotheim, Doncic worked on figuring out how yeast cells decide whether to divide. “He made important discoveries in how precise the decision was (it was very precise), how signals were processed to give the cell a memory of past events, and how signaling pathways were organized spatially to enhance this memory,” Skotheim writes. “This was all based on precise image segmentation and quantitative imaging.”

When Doncic moved to UT Southwestern in Dallas, he worked on developing a quantitative microscopy system that involved analyzing six colors of labeled cellular components in yeast over a long period. Then with mathematical models—adapted, according to Schmid, from recently declassified algorithms designed by pioneering computer scientist Alan Turing—Doncic could predict what inputs were necessary for a cell to go down the path of forming spores or of becoming quiescent.

“What he discovered is this decision is made much, much earlier than the actual commitment [to sporulate or not], which is marked by irreversible change in cell state,” says Schmid.

Doncic’s first paper from his own lab was in review when he died. Skotheim and Schmid will be working with Doncic’s lab members to usher it through the publication process.

Editor's note (November 13, 2018): We removed the last line of the article at the request of the family for privacy.