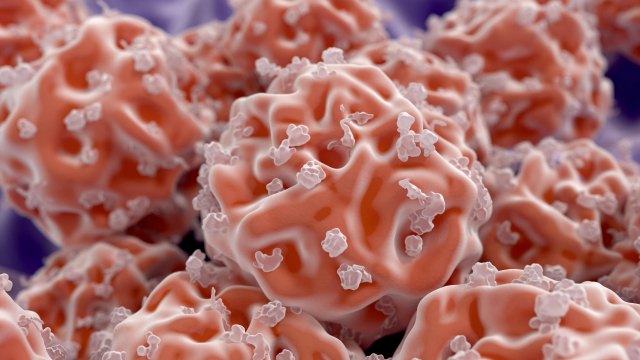 ISTOCK, SELVANEGRAAmong 140 human embryonic stem cell lines used for basic research or clinical development, five have gathered mutations in the tumor suppressor gene TP53, according to the results of a screen published yesterday (April 26) in Nature. As STAT News reported, two of these lines—H1 and H9—have been used in people, but there is no evidence they have caused cancer in the recipients.

“Our findings indicate that an additional series of quality control checks should be implemented during the production of stem cells and their downstream use in developing therapies,” coauthor Kevin Eggan of Harvard University said in a press release. “Fortunately, these genetic checks can be readily performed with precise, sensitive, and increasingly inexpensive sequencing methods.”

The six mutations that Eggan’s team uncovered in TP53 affect regions of the p53 protein’s DNA binding region, which is commonly disrupted in human cancers.

“I’ve been on this quality control soapbox for so long all by myself that I’m surprised to find company,” she added. “But I’m glad that researchers are taking these issues seriously. The FDA [US Food and Drug Administration] doesn’t require genome sequencing, but we’re doing it anyway.”