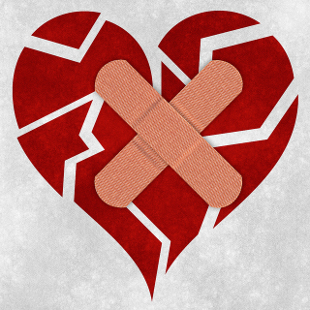 FLICKR, NICOLAS RAYMONDExamining 133 different reports from 49 clinical trials for the use of autologous bone marrow transplants to treat heart disease, a team of researchers in the U.K. has revealed hundreds of discrepancies in the data: numbers that don’t add up, misclassification of a trial as prospective randomized rather than retrospective/observational, patients whose sex was misreported or who were listed as both dead and alive. In addition to calling into question the validity of this well-researched therapy, some errors are raising concerns of scientific misconduct.

“This important article emphasizes how we cannot allow enthusiasm to get ahead of the science—or even pervert the science to fit our expectations,” Yale University cardiologist Harlan Krumholz told Forbes. “It is also a clarion call for transparency—new exciting claims (like all science) need to have all the data available for independent scrutiny.”

In the end, the researchers found that the average effect of bone marrow transplants for heart disease patients was positive, but given the quality of the reporting, they cautioned in their paper— published this week (April 29) in the BMJ—that “averaging effect size across all studies might therefore not be wise because it does not reflect their varying factual accuracy.”

The team found a strong correlation between the number of discrepancies identified in a given study and the magnitude of heart function improvement reported (measured by left ventricular ejection fraction, or LVEF): trials that did not claim a benefit to the therapy tended to have solid data, while five trials with the more than 30 discrepancies each all reported large, seemingly significant improvements in patient heart function following therapy.

“We do not know the cause of the discrepancies,” the authors wrote. “We have asked for resolution of over 150 discrepancies through journals. None were resolved, although we found it triggered correspondence from lawyers.”

A Cochrane Collaboration review of the same procedure, also published this week in the BMJ, found reason to question the reported effectiveness of stem cell treatments for heart disease and congestive heart failure, as well. While the authors did find evidence of a moderate benefit of the treatments, they emphasized that more data would be needed to draw robust conclusions. “[T]he quality of the evidence is relatively low because there were few deaths and hospital readmissions in the studies, and individual study results varied,” they wrote.

And these reviews are just the latest in a series of hits against the field. According to Forbes, two important papers were discredited earlier this month in the course of a Harvard Medical School and Brigham and Women’s Hospital investigation, and last year, many of the authors of the current BMJ paper published two other negative critiques of such research.

“Translational medicine is one of the buzz-phrases of the twenty-first century,” read a Nature editorial published this week (April 29). “But as the curious case of adult stem cells demonstrates, the right checks and balances are not brakes on progress, but an essential foundation for that progress.”