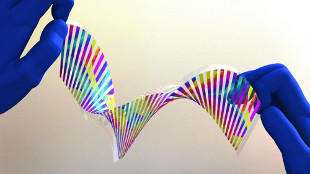 By etching tiny ridges into a 120-nanometer-thick layer of silicon embedded in a flexible membrane, scientists have created a reflective material that can shift from green to orange when stretched, according to a study published last week (March 13) in Optica.

Rather than rely on a chemical composition change to alter an object’s color, researchers from the University of California, Berkeley, instead modified the material’s surface to guide its interactions with different wavelengths of light. Last week, researchers showed that a similar mechanism could partially explain the rapid color changes of chameleons, the animals that inspired the new material.

Previously, materials were designed to select particular wavelengths of light using narrow slits, but this approach made the colors dim. Instead, the Berkeley team etched ridges onto the surface of a layer of silicon 1,000 times thinner than a human hair. Depending on the spacing between...

The technologies to scale up the material already exist, the researchers noted; possible applications include outdoor display technology and camouflage, among other things.

“This is the first time anybody has made a flexible chameleon-like skin that can change color simply by flexing it,” study coauthor Connie Chang-Hasnain said in a statement. 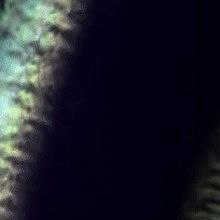 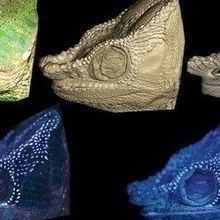 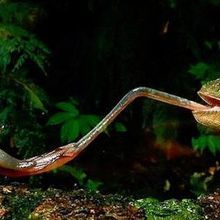