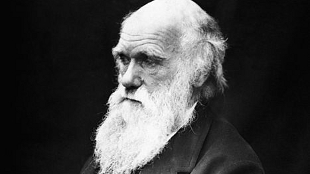 Wikimedia, TrachemysHe died more than a century ago but Charles Darwin still managed to garner the support of more than 4,000 voters in the congressional race in Athens-Clarke county, Georgia, last week after a local scientist organized a Facebook campaign in protest against the incumbent Republican representative.

James Leebens-Mack, a plant biologist at the University of Georgia in Athens was horrified when he heard that Congressman Paul Broun (R), himself a medical doctor, had delivered a speech in a local church denouncing evolutionary theory, embryology, and the big bang theory as “lies straight from the pit of hell”—especially since Broun sits on the US House of Representatives Committee on Science, Space and Technology, and chairs its Subcommittee on Innovations and Insight.

To register his disgust, Leebens-Mack set up a Facebook page called “Darwin for Congress,” inviting people to vote for the great British naturalist as a write-in candidate against...

Broun comfortably defeated his long-deceased rival, receiving 16,980 votes in Athens-Clarke county. But Darwin tallied 4,000 votes, which “should make it clear to future opponents that there are a lot of people in the district who are not happy with anti-science statements,” Leebens-Mack told ScienceInsider.