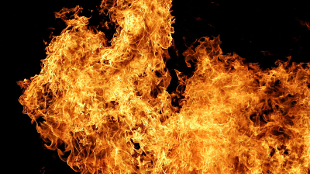 Three years ago, 23-year-old Sheharbano Sangji, a chemistry researcher in the lab of Patrick Harran at the University of California, Los Angeles, died after the t-butyl lithium she was drawing from a bottle burst into flames, igniting her clothes and causing third-degree burns on her body. Last week (December 27), Harran—as well as the regents of the UC system—were charged with three counts each of “willful violation of an occupational health and safety standard causing the death of an employee,” according to the felony filing. Experts believe that this represents the first case of criminal prosecution over an academic lab accident in the United States, Nature reported.

UCLA has already paid around $70,000 in fines as a result of the accident, and toughened its safety policy. If convicted on the current charges, the university could face up to $1.5 million in fines for each of...

"I think this is a game-changer,” Jim Kaufman, president of the Laboratory Safety Institute in Natick, Massachusetts, told Nature. “It will significantly affect how people think about their responsibilities now that it’s clear there’s the possibility of going to jail.”