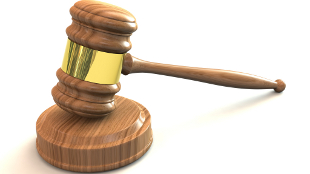 WIKIMEDIA, StockMonkeys.comPatrick Harran, a University of California, Los Angeles, organic chemist, will stand trial in a California court for the death of his research assistant, Sheharbano “Sheri” Sangji, who died 4 years ago, at the age of 23, when she caught fire in the lab. Sangji was working with t-butyl lithium, a highly reactive chemical, in the lab on December 29, 2008, when the volatile liquid contacted air and burst into flames, setting her clothes ablaze. She suffered third-degree burns and died after spending 18 days in the hospital.

Sangji was not wearing a flame-retardant lab coat, which contributed to her polyester sweater catching fire. In 2011, the Los Angeles district attorney charged Harran with 3 counts of “willful violation of an occupational health and safety standard.” It was the first time that a criminal prosecution had ever resulted from an accident in a US academic lab, and Harran...

UCLA, which has been fined and threatened with similar charges, is standing by Harran. “The accident that took Sheri Sangji's life was a terrible tragedy for our campus, and I can’t begin to imagine the devastation to her family,” UCLA chancellor Gene Block said in a statement released on Friday (April 26). “We must remember, however, that this was an accident, not a crime. Patrick Harran is a talented and dedicated faculty member, and our support for him is unwavering.”

According to Nature, a date for Harran’s trial has not yet been set. But if convicted of the charges against him, Harran could face 4.5 years in jail.