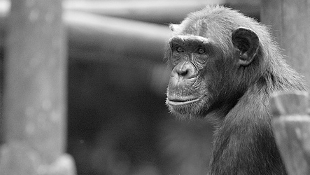 Chimpanzee at the Singapore ZooFlickr, Chi KingA German advocacy group called No Patents on Life has filed one challenge against a patent for genetically engineered chimpanzees and plans to file two more, according to a spokesperson for the group.

"It is incomprehensible why the patent office would grant patents on these animals," Ruth Tipp, a spokesperson for the group told ScienceInsider. Although research on our closest relatives has become relatively rare, compared to research on other animal models, Tipp worries that such a patent would create an easier path to using the animals.

The company that owns the patent, Intrexon of Blacksburg, Virginia, said that 99 percent of the content of the patent is not related to chimpanzees.  Rather, the company has invented a way to turn genes on or off in rats, rabbits, horses, and other animals, including chimps.

Intrexon will have 6 months to...