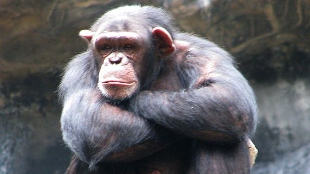 WIKIMEDIA, RENNETT STOWEGovernment inaction has delayed the retirement of 60 National Institutes of Health (NIH) research chimps. Specifically, the lack of an appropriations bill has delayed needed tweaks to the Chimp Act, which caps the amount of money the NIH can dedicate to the care of its sanctuary-housed chimps at $30 million. The legislative hiccup also spells trouble for the 100 already retired chimps currently living at Chimp Haven in Keithville, Louisiana.

“We have hit this wall, and we need this fixed, or else come mid- to end-November, we will not be able to pay Chimp Haven to take care of these animals,” Kathy Hudson, NIH Deputy Director for Science, Outreach and Policy, told ABC News. “Scientifically, ethically, and economically, that is a bad idea.”

The NIH announced in June its plan to retire most of its approximately 360 chimpanzees currently housed in research laboratories—a decision that stemmed...

But then the government came to a grinding halt. “There is wide bipartisan support for amending the law, but somehow, the permission slip got lost during the mess that was the government shutdown,” ABC reported.

To right the problem, Senator Tom Harkin (D-Iowa) last month (September 30) introduced the CHIMP Act Amendments of 2013 bill, and it was passed unanimously by the Senate yesterday (October 30).

Given the bipartisan support for the changes, Hudson is hopeful that the bill will continue unimpeded. “This is really an issue where there is no divide, it would be impossible to find someone who didn’t support the NIH in taking care of these animals that have contributed greatly to biomedical research,” Hudson told ABC.

“Moving these chimps to sanctuary care is not only the right thing to do, but doing so would also be more cost-efficient for NIH and for taxpayers,” Harkins said in a statement to ABC News. “I hope that Democrats and Republicans can work together to ensure that NIH can use resources it already has on hand to ensure these chimps’ well-being now and in the future.”