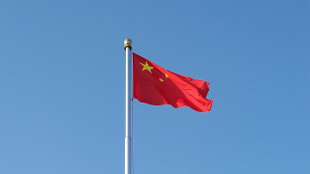 FLICKR, DELPHINE BWracked with corruption and the misuse of funds, the Chinese government’s competitive research grant system will be drastically reformed in the coming months and years, according to officials. Last week (October 20), the Chinese government announced a plan to reshape federal science funding, including two programs that disburse large grants to researchers on a competitive basis. China’s 863 and 973 programs will be eliminated by 2017, replaced with “independent institutes” that will handle such activities. “China will reform state research fund management, delegating power to independent institutes in a bid to curb academic corruption and sharpen innovation,” according to Xinhua, the state-run newswire, quoted by ScienceInsider. “The government will no longer be in direct charge of research projects.”

According to Nature News, the Chinese government’s announcement of the reforms indicates that wastefulness and mismanagement has led to inefficient use of research funds in the...

The Chinese government spent 236 billion yuan renminbi (about $38.5 billion) in 2013, 60 percent of which was allocated through competitive funding.