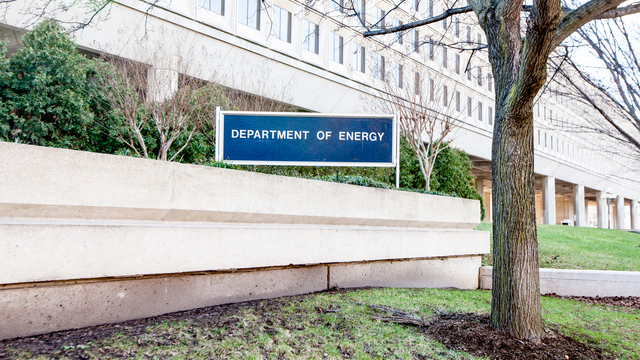 On Thursday (May 18), President Donald Trump announced that he intends to nominate Chris Fall to lead the Department of Energy’s Office of Science. The office has a $6-billion budget and is the primary funder of physical sciences research, according to Science. The position is currently vacant. Physicist Cherry Murray, who was appointed to the post by President Barack Obama, served from December 18, 2015 until January 13, 2017.

Fall is currently the principal deputy director of the Department of Energy’s (DOE) Advanced Research Projects Agency-Energy (ARPA-E), which develops new research findings into commercial products. Before joining the DOE, he worked at the Office of Naval Research (ONR) for six years, where he oversaw studies of new technology for naval systems. Prior to that, he served for three years at the White House Office of Science and Technology Policy (OSTP) during President Obama’s...

Fall was a faculty member in the bioengineering and anatomy and cell biology departments at the University of Illinois at Chicago before joining the Obama administration. During his career in research, he investigated energy production in neurons and the link between cellular signaling systems and cellular energy production. He holds a PhD in neuroscience from the University of Virginia.