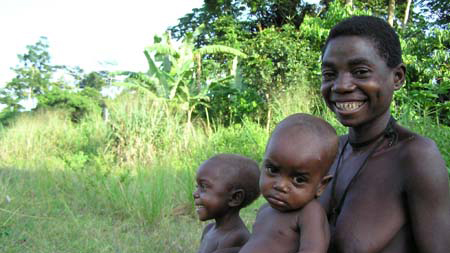 Bayaka family in the Democratic Republic of the Congo. WIKIMEDIA COMMONS, L. PETHERAM/USAID

Researchers around the world are working to expand the bounds of citizen science, so that anyone, anywhere, regardless of expertise or education level, can gather data, reported Nature. Scientists hope that citizens will become involved not only in amassing data, but in shaping the research questions that impact their communities.

The new research group Extreme Citizen Science (ExCiteS) at University College London is one team that is actively developing research tools intended for use by anyone, with the goal of aiding local communities. ExCiteS co-director Muki Haklay calls this “extreme” citizen science because the projects aren’t limited to relying on highly...

Not all scientists are ready to start recruiting, however. The reliability and accuracy of this scale of citizen-garnered data is untested, they argue, and how duties should be divided between scientists and laypeople could be problematic. Others are concerned that science could become too closely associated with community activism, compromising scientific objectivity.