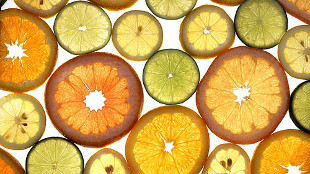 All present-day citrus trees arose from a common ancestor 15 million years ago that underwent three big waves of evolutionary change to create today’s lemons, limes, kumquats, and oranges, according to a study published this week (April 14) in Molecular Biology and Evolution.

Researchers from the Centro de Investigación Príncipe Felipe (CIPF) and the Intituto Valenciano de Investigaciones Agrarias in Spain sequenced the chloroplast genomes of 30 species of the genus Citrus and compared them to previously published genomes of two mandarin and two pomelo plants. They found that the citrus family could be divided into three groups that first emerged between 6.3 million and 7.5 million years ago: citron and Australian varieties, micrantha and pomelo, and mandarin and papeda, which includes such fruits as the Japanese yuzu. The plants went through two further evolutionary expansions. Between 3.7 million and 5 million years ago, the two...

Chloroplasts, like mitochondria, are generally only inherited from the mother, but the scientists detected a surprisingly high degree of hybridization in the chloroplast DNA, suggesting both male and female plants played a role in contributing to the evolution of citrus chloroplast diversity. Among the six most diverse and variable genes, there were two that had Australian citrus versions adapted to dry growing conditions.

“This new phylogeny based on chloroplast genomes provides an accurate description of the evolution of the genus citrus and clears up years of ambiguities derived from previous proposals based on one or a few nuclear or chloroplast genes,” study coauthor Joaquin Dopazo of CIPF said in a statement.