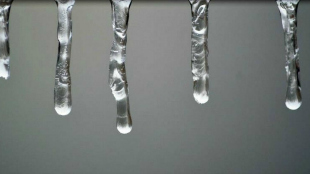 PIXABAY, BELLEZA87If increases in greenhouse gases stay on pace, species will go extinct at an ever-increasing rate, according to a study published last week (May 1) in Science. In the worst-case scenario, global warming will contribute to wiping out one of every six species.

“Perhaps most surprising is that extinction risk does not just increase with temperature rise, but accelerates, curving upward as the Earth warms,” Mark Urban, a University of Connecticut ecologist and the author of the study, told Smithsonian.com.

Models have produced widely varying estimates of extinctions to come, so Urban pulled together 131 studies to generate a “global mean extinction rate.” His meta-analysis found that, overall, the studies predicted 7.9 percent of species will go extinct due to climate change. That number varied depending on the severity of the warming; limiting the rise in temperatures to 2°C (35°F) wipes out 5.2 percent of species,...

The meta-analysis is “an important line in the sand that tells us we know enough to see climate change as a major threat to biodiversity and ecosystems,” Richard Pearson, a biogeographer at University College London who was not involved in the work, told The New York Times.

“This paper is only about extinction risk, which is the most extreme of the biotic risks of climate change. But that’s also just the tip of the iceberg,” Urban told Vox. “We’re also seeing substantial changes in abundances and ranges. So even if we didn’t have a single extinction, we’d be looking at a substantial reorganization of biodiversity around the world. And that will have many effects, some detrimental to other species and human interests.”