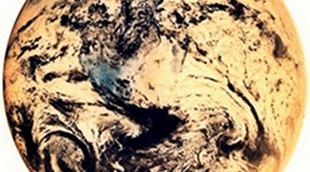 “Climate change, once considered an issue for a distant future, has moved firmly into the present,” leaders of the National Climate Assessment and Development Advisory Committee wrote in a letter introducing their report.

Climate change has likely already doubled the risk of extreme heat events, the assessment concluded, and is associated with an increase in extreme rainfall and severe storms in many areas. This trend was recently exemplified as Hurricane Sandy generated a devastating storm surge that pounded the East Coast. "The storm's strength and resulting impact was certainly increased by the fact that the waters of the Atlantic Ocean near the coast were roughly 5 °F above normal,” the report...

And food industries are already feeling the effects of these changes. “Corn producers in Iowa, oyster growers in Washington State, and maple syrup producers in Vermont have observed changes in their local climate that are outside of their experience,” the climate assessment read.

Furthermore, the assessment predicts that extreme events will only become more common. It divides its analysis into topics, such as human health, water, and energy, and by region, with different parts of the U.S. facing their own challenges—such as heat waves and coastal flooding in the Northeast, drought and forest fires in the Southwest, or thawing permafrost, shrinking glaciers, and receding sea ice in Alaska.

Predictions are based on projections of warming from the 2007 Intergovernmental Panel on Climate Change (IPCC) assessment. It predicts a temperature rise in the U.S. between around 3 and 10 °F by the end of the century. The draft is open for public comment until April 12.