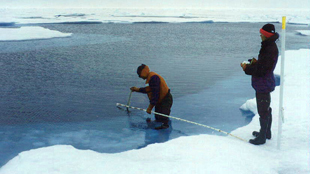 Just days after a prominent scientist admitted he deceitfully obtained confidential materials from the Heartland Institute, a Chicago-based organization devoted in part to questioning global warming, the scandal involving those documents has grown wider, the Chronicle of Higher Education reported.

On Wednesday (February 22), Greenpeace sent letters to six universities whose faculty members were named in the stolen Heartland documents as receiving payments from the organization. The letters suggest the payments violated the disclosure policies of the universities and the National Science Foundation, which funded some of the work, the Chronicle reported. Scientists named in the letters include two researchers who have publicly expressed doubts about climate change: Anthony Lupo, department chairman of atmospheric science at the University of Missouri at Columbia and Robert Balling Jr., a professor of geographical sciences at...

Lupo confirmed that he receives $750 a month from Heartland but claimed it posed no conflict. "I can assure you that I am not" violating any conflict-of-interest rules, he told the Chronicle.

The other Greenpeace letters were sent to Harvard and Michigan Technological Universities in the US and Lakehead University and the University of Victoria in Canada.

An additional Greenpeace letter was sent to the Departments of Energy and Interior, as well as distributed to members of Congress, questioning why two consultants for the department were slotted to receive thousands of dollars from Heartland’s proposed budget, the National Journal reported.