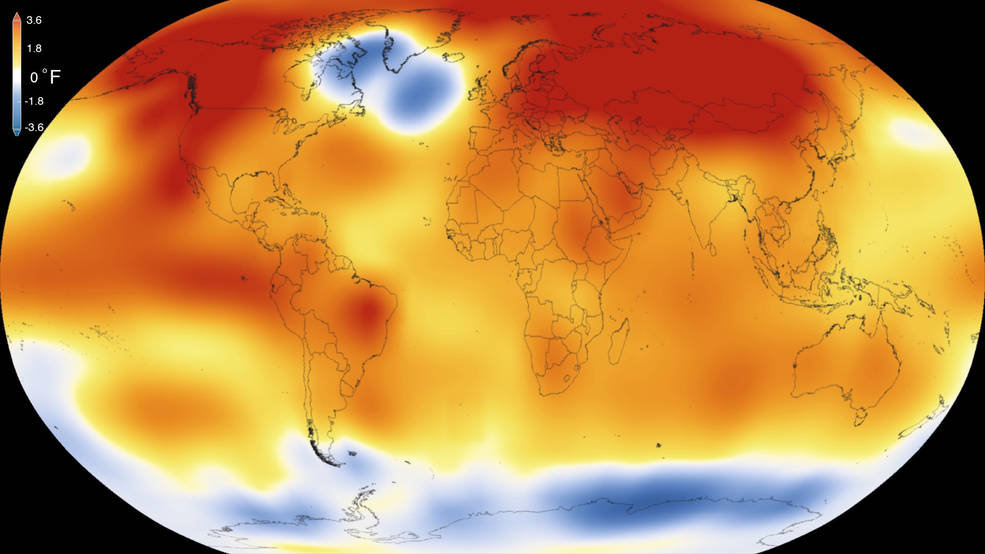 FLICKR, NASAPresident-elect Donald Trump has tapped a handful of climate deniers for Cabinet positions and his transition team has reportedly asked for the names of employees conducting climate science at the US Department of Energy (DOE). Trump has in the past mused that climate change is part of a Chinese conspiracy and, paradoxically, he recently met with former Vice President Al Gore.

The volatility is enough to make some climate scientists worry about their data, The Washington Post reported. “What are the most important .gov climate assets?” Eric Holthaus, a meteorologist and journalist, posted on Twitter. “Scientists: Do you have a US .gov climate database that you don’t want to see disappear?”

Within two days, more than 50 key data sets had been identified and six had been archived on non-government servers. A collaboration between the University of Toronto and the University of Pennsylvania is now compiling a website...

Holthaus acknowledged that Trump has never actually threatened to delete climate data, but maintained that the effort was important. “I genuinely don’t think the Trump administration will intentionally delete data—such an act would be illegal, as well as unforgivable,” he wrote in an op-ed in The Washington Post. “I see our efforts as a firewall against a hostile administration: The more we can preserve before Trump takes power, the less incentive he has to stand in the way of science.”

Andrew Dessler, a professor of atmospheric sciences at Texas A&M University, told The Washington Post that he also doubts the Trump administration would delete data. But Dessler raised, perhaps, an even greater concern. “I think it’s much more likely they’d try to end the collection of data, which would minimize its value,” he said. “Trends are what climate change is about—understanding these long-term changes. Think about how much better off the people who don’t want to do anything about climate change would be if all the long-term temperature trends didn’t exist.”

Clarification (December 15): CNN reported that Trump's transition team said that the climate questionnaire sent to DOE employees was “not authorized” by the administration.