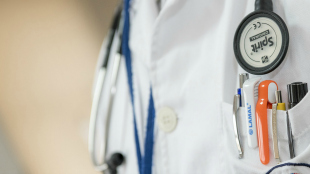 Troubles related to human clinical trials uncovered by the US Food and Drug Administration (FDA) are rarely reported in publications on the studies, according to a study published this week (February 9) in JAMA. Of 57 FDA-monitored studies cited for issues ranging from safety failures to poor reporting of side effects, just 4 percent of the publications stemming from those experiments mentioned the problems.

“The FDA has repeatedly hidden evidence of scientific fraud not just from the public, but also from its most trusted scientific advisers, even as they were deciding whether or not a new drug should be allowed on the market,” Charles Seife, a journalism professor at New York University who conducted the study, wrote at Slate.

Seife combed through publicly available documents, dating from 1998 to 2013, in which routine inspection by the FDA of clinical trial sites unearthed “significant” divergence from protocol. Of the...

In a statement, the FDA told Reuters that it “is committed to increasing the transparency of compliance and enforcement activities with the goal of enhancing the public’s understanding of the FDA’s decisions, promoting the accountability of the FDA, and fostering an understanding among regulated industry about the need for consistently safe and high-quality products.”