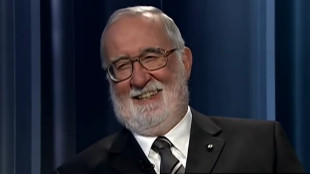 YOUTUBEDavid Sackett, a founder of the field of clinical epidemiology and a leading proponent of using scientific methods to test the benefits of medical treatments, died last week (May 13). He was 80.

A native of Chicago, Sackett earned his medical degree from the University of Illinois before being drafted into the US Public Health Service in 1962. There he met epidemiologists who introduced him to methods that Sackett thought might prove useful to examine the effectiveness of medical treatments. As a result, he founded the field of clinical epidemiology and became one of the most noted proponents of evidence-based medicine. At McMaster University in Hamilton, Canada, where he was a professor from 1967 to 1994, Sackett founded Canada’s first department of Clinical Epidemiology and Biostatistics in 1968. Through his work, he sought to combine “individual clinical expertise with the best available external clinical evidence from systematic research,” as...

“David Sackett was a true transformer of health care,” Holger Schünemann, the current chair of the department founded by Sackett at McMaster, said in a statement. “He questioned established beliefs, and explored emerging areas. His legacy is carried forward through his influential role on clinical trials, systematic reviews, evidence-based medicine and health education worldwide.”

After leaving McMaster, Sackett founded the International Centre for Evidence-Based Medicine at the University of Oxford in the U.K. before retiring in 1999, the year he gave his last public lecture on the subject.

He is survived by his wife, four sons, and eight grandchildren.