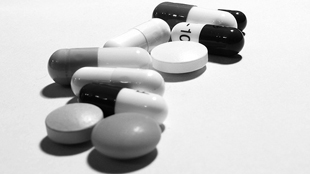 FLICKR, E-MAGINE ARTIt’s already known that much clinical trial data doesn’t see the light of day—particularly when the outcomes of the trial do not reflect positively on the drug in question. In a study published this week (October 8) in PLOS Medicine, researchers have shown that, even for studies where results are publicly accessible, less than half of the relevant patient outcomes (positive or negative) are available, as compared to more complete information found in unreleased clinical study reports (CSRs).

Researchers from the Institute for Quality and Efficiency in Healthcare in Germany analyzed a group of 101 clinical trials completed between 2006 and 2011. Eighty-six of the trials had publicly available sources, like registry reports or publications, and the researchers obtained CSRs for each trial from the sponsoring drug companies. The research team compared the benefit and harm outcomes reported in the available materials and the CSRs...

Carl Heneghan, director of the Centre for Evidence-Based Medicine at the University of Oxford in the U.K., told Nature that he was not surprised by the paper’s findings. “It’s becoming obvious that what’s portrayed in the journal world does not reflect the whole truth,” he said.

The authors acknowledged that the main limitation of their study is that they had to rely on clinical trials for which pharmaceutical companies voluntarily provided CSRs, meaning that some therapeutic areas were missed and more information could be withheld. Still, they wrote that the paper’s “findings underline the importance of CSRs—both for past and future trials—for unbiased trial evaluation, thus supporting informed decision-making in health care.”