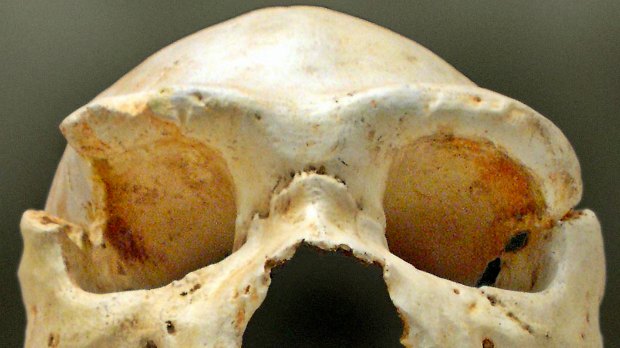 WIKIPEDIA, JOSE-MANUEL BENITO ALVAREZThe collection of ancient-human remains at the Sima de los Huesos cave in Spain has led scientists to rewrite the timeline for human history—again. Using nuclear DNA extracted from the 430,000-year-old bones of two individuals, researchers determined that the bones belonged to Neanderthals, who must have split previously from the predecessor they share with Denisovans, another ancient-human group.

Earlier mitochondrial analyses of ancient DNA sourced from the site suggested the inhabitants were related to Denisovans, perhaps representing a common predecessor of Neanderthals and Denisovans.

In this latest study, published today (March 14) in Nature, Matthias Meyer of the Max Planck Institute for Evolutionary Anthropology in Leipzig, Germany, and colleagues examined nuclear DNA. The genetic material revealed that the bones were related to Neanderthals, and not Denisovans. However, Meyer and his colleagues wrote in their report, “mitochondrial DNA recovered from one of the specimens shares...

Chris Stringer, a palaeoanthropologist at the Natural History Museum in London, told Science News that the results place the Denisovan-Neanderthal divergence at about 450,000 years ago. “Research must refocus on fossils from 400,000 to 800,000 years ago to determine which ones might lie on ancestral lineages of Neandertals, Denisovans and modern humans,” he said.

“It’s wonderful news to have mitochondrial and nuclear DNA from something that is 430,000 years old,” Maria Martinón-Torres, a palaeoanthropologist at University College London, told Nature News. “It’s like science fiction. It’s an amazing opportunity.”