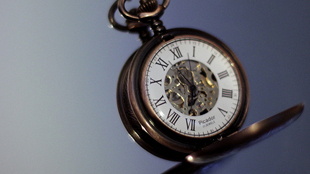 Update (May 15, 2015): Genome Biology has published an erratum to the article discussed here.

From author Steve Horvath: “I recently described an epigenetic biomarker of aging based on DNA methylation levels. Unfortunately, I made a software coding error in my analysis of the cancer data, but not of the non-cancer tissue data. The error effectively added an offset term to the age estimates. All of my results from that involve non-cancerous tissue or cancer cell lines remain valid but I have to report some corrections for the cancer tissue data. In particular, I have to retract the statement that cancer is associated with an increased DNA methylation age (i.e. positive age acceleration) in most cancer types. In fact, while some cancer types show positive age acceleration, others exhibit negative age acceleration. I deeply regret this software coding error. The error arose from me using the wrong...

In a May 15 blog post, Genome Biology Editor Louisa Flintoft elaborated on her journal’s decision to correct rather than retract the work.

Epigenetic modifications influence development, aging, and disease in myriad ways, some of which are just beginning to be understood. Geneticist and biostatistician Steve Horvath of the University of California, Los Angeles, has shown that DNA methylation can be used to accurately measure tissue age in samples from different individuals and tissue types. The work was published this week (October 21) in Genome Biology.

The predictor is freely available, and Veryan Codd of Leicester University told The Guardian that “these data could prove valuable in furthering our knowledge of the biological changes that are linked to the aging process.” But Darryl Shibata, a professor of medicine at the Keck School of Medicine at the University of Southern California, cautioned in an interview with Forbes that the accuracy of Horvath’s predictor does not imply that changes in DNA methylation cause aging. “The general idea that you can read a genome and it reflects the aging process is probably correct,” Shibata told Forbes. “But the weakness is that this study doesn’t provide a mechanism, and without a mechanism it’s just a correlation.”