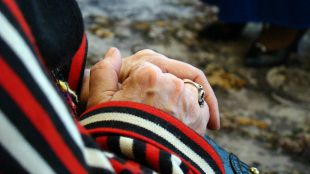 PIXABAY, TAKAZARTMen with mild cognitive impairment stave off steep declines in mental function better than their female counterparts, according to results presented this week (July 21) at the Alzheimer’s Association International Conference. Women’s cognitive abilities slipped twice as fast as men’s over the course of an eight-year study, Katherine Amy Lin of Duke University Medical Center and her colleagues reported.

“Our findings suggest that men and women at risk for Alzheimer’s may be having two very different experiences,” Lin said in a press release. “These results point to the possibility of as yet undiscovered gender-specific genetic or environmental risk factors that influence the speed of decline.”

More women in the U.S. are living with Alzheimer’s than men, and the new results lend support to the idea that there’s something about the female brain that makes it vulnerable to the neurodegenerative disease. “It’s a very interesting finding, but it’s...

In another study presented at the conference, Katie Schenning of Oregon Health & Science University and her colleagues found that women experience cognitive declines faster after surgery with anesthesia than men.

“I do want to stress that, at this time, it’s uncertain which specific surgical or anesthetic factors might contribute to postoperative cognitive or functional decline,” Schenning told The Washington Post. “It’s also very important to note that this is just not an effect of anesthesia itself but rather a combination of the effects of anesthesia and surgery together.”

“The bottom line is, more and more we think there are some differences” between men and women, the University of California, San Francisco’s Kristine Yaffe told the Post. “It’s not just that women are living to be older—that’s true, and that drives some of this. But there’s something else going on in terms of biology [and] environment for women compared to men that may make them at greater risk or, if they have some symptoms, may change the progression.”