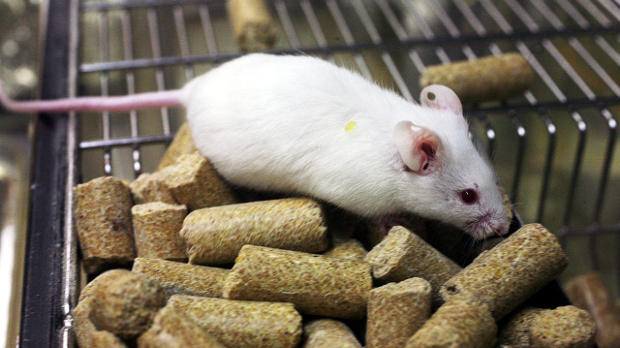 WIKIMEDIA, RAMAMice held at typical laboratory temperatures (about 22° C) and fed a high-fat diet to promote obesity and a high-cholesterol diet to encourage atherosclerosis suffer less inflammation than mice fed the same diets but held at 30° C, which is closer to the animal’s optimum operating temperature. The findings, which were published in Cell Metabolism earlier this month (November 5), add to a growing body of literature that highlights important—but often unaccounted for—effects of low temperatures in mouse studies that seek to approximate human biology.

Mice housed at 20-26° C—which is below their “thermoneutral zone” of 30-32° C and is the convention for animals involved in biomedical studies—expend more energy than they normally would and exhibit symptoms of physiological stress, such as elevated heart rates, faster weight gain, higher respiration rates, and increased blood lipids. But the new study, conducted by an international team of researchers, suggests...

Chawla and his colleagues housed one group of mice at 22° C and another at 30° C and fed them high-fat and high-cholesterol diets to study atherosclerosis and insulin resistance, two common results of metabolic disease in humans. They found that the warmer mice suffered more inflammation, and that inflammation contributed to the development of atherosclerosis. Surprisingly, the increased inflammation did not contribute significantly to insulin resistance.

Earlier work has suggested that colder mice may grow several types of tumors faster and more aggressively than mice held closer to their thermoneutral zone.