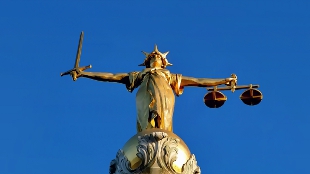 WIKIMEDIA, LONPICMANColumbia University has agreed to pay more than $9 million to settle a US government lawsuit alleging that the institution’s Mailman School of Public Health, which oversaw grant administration at the International Center for AIDS Care and Treatment Programs (ICAP), wrongly charged many grants awarded to the center for work that did not relate to the funded projects. The university admitted that it faked cost reports for a federal grant that was supposed to fund work at ICAP. Columbia settled the lawsuit, which stemmed from complaints filed in 2011 by whistleblower Craig Love, ICAP’s former director of finance, on Tuesday (October 28), the same day it was filed. “We admire and applaud Columbia’s work in combating AIDS and HIV,” Manhattan U.S. Attorney Preet Bharara said in a statement announcing the settlement. “But grantees cannot disregard the terms under which grant money is provided.”