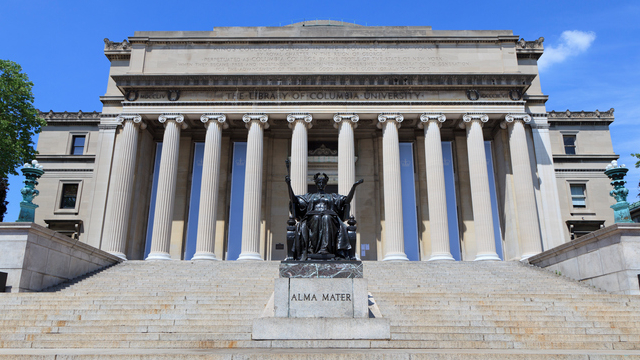 Teaching assistants from the Graduate Workers of Columbia University–United Auto Workers (GWC-UAW Local 2110) went on strike Tuesday (April 24). Union members began picketing on the university’s main quad after a 10 AM deadline the union set for the university to agree to enter into bargaining talks passed with no word from the administration.

“We won a union election with 72 percent of the vote 16 months ago—and the law is clear. Columbia must bargain with us. As long as they refuse to respect our legal rights, we will take action to take our power back,” teaching assistant Olga Brudastova of Columbia’s engineering department says in a statement.

Art history and archaeology graduate student Natalie McCann tells The Columbia Spectator that she wants the university to recognize her status as a worker. “What it means...

In August 2016, the National Labor Relations Board ruled that graduate research and teaching assistants have the right to unionize (via Inside Higher Ed). The ruling triggered a wave of organizing efforts at universities around the country.

In December 2016, Columbia graduate students voted 1,602 to 623 to unionize and join the UAW, but university administrators have thus far refused to negotiate with them (via The New York Times). In February 2018, Columbia Provost John Coatsworth announced the university would seek review of the National Labor Relations Board’s decision in federal court (via The Harvard Crimson).

Coatsworth sent a letter last week (April 18) to the Columbia community in which he writes, “[S]tudent teaching and research assistants who come to Columbia to earn degrees are not University employees.” He contends that unions threaten “individual autonomy” with a “one-size-fits-all” approach to collective bargaining. He also argues that because the NLRB has repeatedly changed its position on graduate student workers’ status, the matter should be settled by the courts.

The administration is “counting on [President Donald] Trump,” Kate McIntyre, a PhD student in Columbia’s English department, tells Mic. “They’re assuming that a conservative NLRB will reverse our right to organize and unionize through collective bargaining.” Trump’s appointments to the NLRB, which include a corporate attorney and a Republican congressional staffer, have overturned several pro-labor decisions made during President Barack Obama’s administration. (via The Wall Street Journal).

“If we file an unfair labor practice and it goes through the federal courts, it’s just one more way for the university to delay having to bargain with us,” Rosalie Ray, a PhD candidate in urban planning and union member, tells The Washington Post. “The law has been settled. Columbia is just choosing not to follow it.”