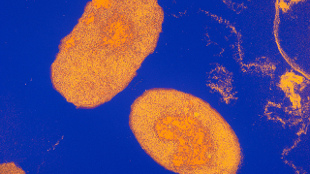 FLICKR, SANOFI PASTEUROutbreaks of whooping cough, or pertussis, occurred in multiple locations worldwide this year at higher rates than in 2014. The Dutch health council recently recommended that pregnant women receive vaccinations in the last three months of their pregnancy—and researchers from Texas have developed antibodies to potentially treat the disease, reported yesterday (December 2) in Science Translational Medicine.

In cases of severe pertussis, few therapies are effective for infants unless the disease is diagnosed early. But a team led by engineers from the University of Texas has developed a new treatment cocktail in mouse and baboon models. Using two monoclonal mouse antibodies, the cocktail neutralizes the pertussis toxin and prevents harmful aggregation of white blood cells. The treatment worked both before exposure to whooping cough—as a vaccine—and as a treatment for infected animals, helping speed their recovery.

“Most of the babies who get sick haven't been immunized, so we hope to provide the immunity that they are lacking,” study coauthor Jennifer Maynard said in a press release.