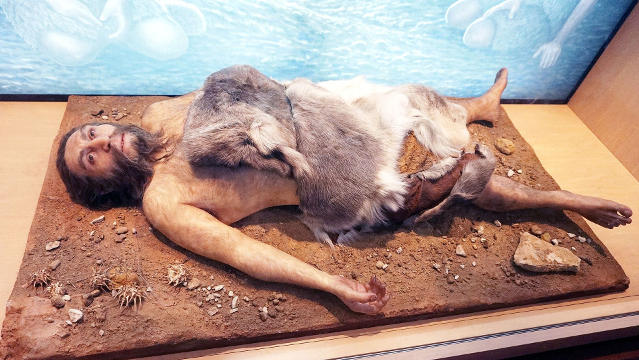 WIKIMEDIA, TIIA MONTOResearchers have already established that early Homo sapiens and Neanderthals interbred at some point in our shared evolutionary history. Those cross-species rendezvous are the reason why the DNA of non-Africans contains somewhere between one percent and five percent Neanderthal genomic material. Now, scientists claim that Neanderthals gave our ancestors not just DNA, but a sexually transmitted disease as well.

Reporting their findings earlier this month in Molecular Biology and Evolution, researchers from Spanish, Brazilian, and French institutions claim that the human papillomavirus HPV16 strain, which infects about four percent of Americans and can lead to cervical cancer, is about 500,000 years old and likely originated in Neanderthal populations or in Denisovans, another extinct human ancestor. “Oncogenic viruses are very ancient,” Ignacio Bravo of the French National Center for Scientific Research told Laboratory Equipment. “The history of humans is also the history of the viruses we...

Bravo and his colleagues obtained 118 full sequences of HPV16 from five different subtypes to assemble a genetic timeline that suggested the transmission of that strain went from Neanderthals or Denisovans to Homo sapiens. And the current prevalence of HPV16 corroborates that suggestion. The strain is virtually absent from populations of Sub-Saharan African people, meaning that H. sapiens who migrated out of Africa more than 100,000 years ago must have picked up the strain from elsewhere.