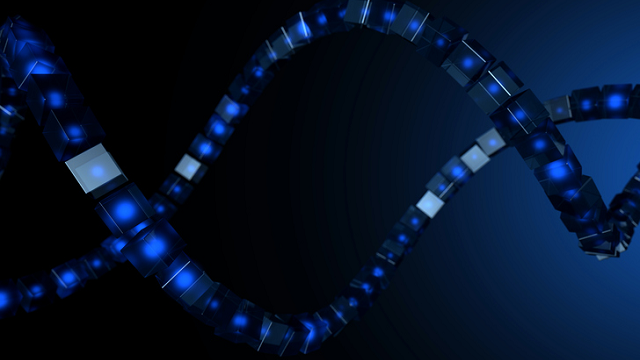 ISTOCK, ALLANSWARTA growing number of companies are developing business models that center on consumers selling their genetic or health data, according to a report published yesterday (June 3) in The San Diego Union-Tribune. California-based startups Luna DNA and Nebula Genomics have built platforms to offer pay-to-access information to researchers from universities, medical institutes, and pharmaceutical companies—and turn a profit for the customer.

“There is currently little incentive for consumers to contribute their DNA and health information to a third party database,” Luna DNA explains on its website. The company’s solution, it continues, is a “community owned database that rewards individuals shares in the database for contributing their DNA and other medical information. . . . The proceeds flow back to the community like dividends as researchers pay to access the data for discovery.”

Both companies, along with similar efforts by Hong Kong–based Longenesis and Russian project Zenome...

Nebula Genomics, which was founded by a group of Harvard University researchers including George Church and recently partnered with Longenesis, plans for customers to undergo whole-genome sequencing, and then sell or rent those data to pharmaceutical or biotech companies at the same time as they learn more about their own DNA.

“The pitch to the average person is that you’re not just monetizing your genetic data,” Nebula cofounder Kamal Obbad told MIT Technology Review in February. “We’re also going to provide you with insights, similar to what 23andMe and Ancestry.com do.”

Luna DNA, meanwhile, is planning to create a database of information that people have already received from direct-to-consumer sequencing companies such as 23andMe and Ancestry.com. Customers of Luna DNA would receive compensation for allowing access to that information, explains the company’s president, Dawn Barry.

“Individuals will be rewarded when proceeds are generated through the sale of access to the data,” she tells the Union-Tribune. “Think of it like a co-op where the value comes from the data set as a whole and dividends are paid out to the individuals that contribute their genomic and health information. The more data you share, the more shares in the database you own, the greater your percentage of the proceeds.”

For now, it remains to be seen how many customers will want to take part. Blockchain technology offers better data privacy than what consumers currently have access to now, Polina Mamoshina, a researcher at biotech Insilico Medicine, which helped develop Longenesis, told Medium in February. “There is a hidden data market right now, and a lot of companies are selling our data, which is super valuable, without us knowing about it,” she says. Nevertheless, she acknowledges, “it’s hard to say whether people are going to do this.”