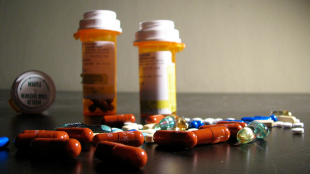 WIKIMEDIA, LADYOFPROCRASTINATIONThe size of a drug maker—in particular, how much money it spends on research and development—is no predictor of whether a particular molecule will succeed in making it out of the laboratory and into the pharmacy. That's according to a new analysis of 842 molecules published this month (October 18) in Nature Reviews Drug Discovery. What else doesn't matter? The location of the company, the therapeutic area—be it musculoskeletal, respiratory, and so on—nor the type of drug target—such as an ion channel or an enzyme.

What does appear to matter, according to the authors, are “scientific acumen or good judgment.” Proxies of these qualities, which they found to be linked with drug development success, were the number of patents, publications, and citations per dollar spent on R&D. In addition, the experience of leaders at the company, a company's focus on the return on investment, and a willingness...

That last company quality—the willingness to cut one's losses—had the strongest correlation to successfully getting drug approval. “A major obstacle that we see to achieving greater R&D productivity is the likelihood that many low-viability compounds are knowingly being progressed to advanced phases of development,” the authors, who are all from the Boston Consulting Group, wrote in their report.

In The Pipeline’s Derek Lowe points out a problem with the authors' interpretations of how certain company qualities are tied with success. “It's very easy to fall into circular reasoning that way—you can tell that the companies that succeeded had good [judgment], because their drugs succeeded, because of their good [judgment],” he wrote. But Lowe does agree with the authors on their argument that people's drive to succeed has them forging ahead with projects that are unlikely to—but maybe, just maybe could—succeed. Lowe says it's part of “the 'We've come so far, we can't quit now' thinking that has (in retrospect) led so many people into the tar pit.”