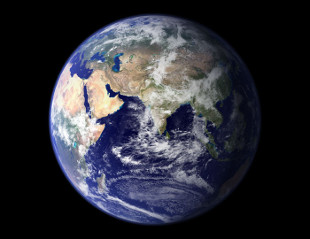 With high-throughput analysis tools and bioinformatics on the rise, studying microbes has become more accessible to many researchers. In two papers published Wednesday (October 28)—one in in Nature, the other in Science—microbiologists penned their support for national and global initiatives to approach the many microbiome-related questions.

“What we’re trying to do is to coordinate ourselves in the same way that the physics community did several decades ago—think of lots of mini-CERNs,” Jack Gilbert, a microbial ecologist from the University of Chicago and a coauthor on the Science paper, told The Atlantic.

In Science, 48 researchers in the U.S. proposed the creation of an interdisciplinary Unified Microbiome Initiative (UMI) “to discover and advance tools to understand and harness the capabilities of Earth's microbial ecosystems.” They emphasized the need for better imaging, adaptive modeling, experimental assessments rather than observational studies, and...

“We need a solid foundation rather than the quicksand we have at present,” Rob Knight of the University of California, San Diego, a coauthor on the Science paper, told The Atlantic.

In Nature, a trio of scientists from Germany, China, and the U.S. commented on the UMI proposal and recommended broadening the scope of the effort, writing: “Earth's biome is not defined by national borders, and efforts to unlock its secrets should go global.”

The researchers called for an International Microbiome Initiative in addition to the UMI, citing the need for an even larger coordinated effort. The authors’ priorities include developing a common research agenda, controlled data sharing, improving cross-disciplinary methodologies, and establishing platforms for discussion. In their comment, the authors described the fragmentation of the life sciences and a lack of coordination among microbiome scientists as the two major stumbling blocks in the field.