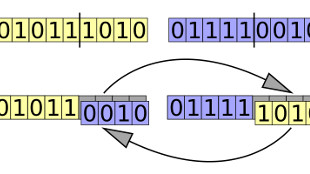 Retired professor and computer scientist, John Henry Holland, passed away from cancer earlier this month (August 9) at age 86. Holland was known for his contribution to developing the field of adaptive systems in computer science, as well as genetic algorithms that incorporate mating and mutation variables to mimic the process of natural selection.

“John is rather unique in that he took ideas from evolutionary biology in order to transform search and optimization in computer science, and then he took what he discovered in computer science and allowed us to rethink evolutionary dynamics,” David Krakauer, president of the Santa Fe Institute, a think tank that Holland helped start, said in a statement.

Holland’s 1975 book, Adaptation in Natural and Artificial Systems, is thought of as a turning point in programing evolutionary simulations. “It marked the beginning of a sustained body of research on genetic algorithms that has...

Holland was the first PhD graduate in computer science at Michigan, and later helped establish the university’s Department of Computer and Communication Science, where he worked for his entire career. In 2008, Holland told The Scientist he was inspired by “the notion of combining mathematics and biology” while reading R. A. Fisher's Genetical Theory of Natural Selection.

“I am greatly saddened by John’s passing—he has always been a great inspiration to me,” Erik Goodman, director of the BEACON Center for the Study of Evolution in Action, wrote in a memorial. “But I take consolation from knowing that his memory and his legacy will survive long beyond our generation of scientists.”

Holland is survived by three daughters.