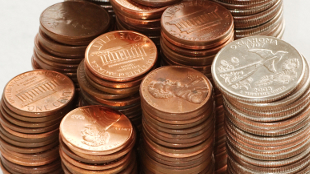 WIKIMEDIA, DORIThe effects of the US government’s 5 percent, across-the-board cuts to discretionary funding have been softened somewhat by a temporary spending bill passed by Congress last week (March 20). For key science agencies, such as the National Science Foundation (NSF), NASA, and the National Institutes of Health (NIH), there is some consolation in the “Consolidated and Further Continuing Appropriations Act,” which funds the government through September 30—but concerns remain.

The NSF, which funds life science research as well as work in other fields, will see its $7 billion budget slashed 2.9 percent instead of the sequester’s 5 percent, thanks to the work of Senator Barbara Mikulski (D-MD), chair of the Senate Appropriations Committee. The new bill also allows the NSF to cut the $356 million dictated by the sequester from a broader base of programs within its mandate. According to ScienceInsider, this means that the agency will...

The NIH’s budget got a small increase of $67 million in the deal struck last week, but that did little to ease the burden of the $1.5 billion cut that sequestration put into effect starting March 1. That means hundreds fewer grants will be funded and that the budgets of ongoing grants will be slashed. “There’s not going to be a sharp impact” of sequestration, David Moore, senior director for government relations at the Association of American Medical Colleges, told ScienceInsider. “It’s more of a pernicious effect because it’s this erosion.”

NASA fared particularly well on Capitol Hill last week, with Congress upping the agency’s allotment for planetary science over what the Obama administration had asked for in its 2013 budget plan. The field will get $1.42 billion of the agency’s budget instead of the proposed $1.19 billion. Overall, NASA will have $17.86 billion in 2013 (its current budget is $17.77), to which it will have to apply mandatory sequester cuts.