The biotech industry won a partial victory yesterday, when a US federal appeals court ruled that Myriad Genetics’ patents on the BRCA1 and BRCA2 genes—mutations in which are associated with a higher risk of breast, ovarian, and other cancers—are valid. According to the court's decision, Myriad's patents on the BRCA genes should legally stand "because each of the claimed molecules represents a non-naturally occurring composition of matter," meaning that they were based on isolated and amplified DNA sequences, and not on naturally occurring products of nature.

"Although the decision will probably be appealed to the US Supreme Court, the biotech industry is breathing at least a temporary sigh of relief," Tim Worral, a partner at the international law firm Dorsey & Whitney, wrote in an emailed statement. "It's a win because much of the value associated with DNA-based or -implicated inventions, ranging from diagnostics to therapeutics, would be eviscerated if...

The three-judge court, however, ruled against Myriad's right to patent methods for comparingand analyzing DNA sequences in the population because the methods were not "transformative," ScienceInsider reported.

The American Civil Liberties Union (ACLU) and the Public Patent Foundation, which led the fight against Myriad Genetics patents, are expected to appeal the decision to the US Supreme court. 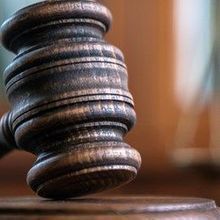