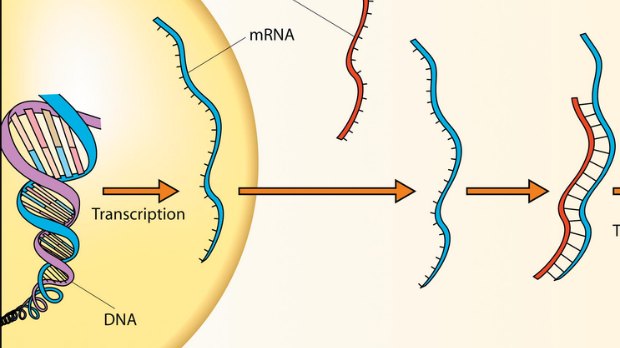 WIKIMEDIA, ROBINSON RCRISPR—a bacterial immune response best known for its genome-editing applications in the lab—has yet again been adapted for scientific purposes, this time to track RNA within cells. Researchers modified various components of CRISPR so that they could snap on to a specified messenger RNA (mRNA) within the nucleus, then enter the cytoplasm as a complex, where its fluorescent signal could be tracked.

“This work . . . sets the foundation for manipulation of the transcriptome in addition to the genome by CRISPR/Cas9,” the authors wrote in their report, published in Cell last week (March 17).

The alterations included neutering the Cas9 enzyme—which ordinarily cuts DNA—so it would grab the RNA target without cleaving it, and sticking on a fluorescent protein to allow for visual tracking. A guide RNA, along with the addition of an oligonucleotide sequence, sent the Cas9 RNA-ward.

Editor’s note (March 21): Readers who commented on The Scientist’s Facebook page rightly pointed out that the DNA helix pictured above is backwards.