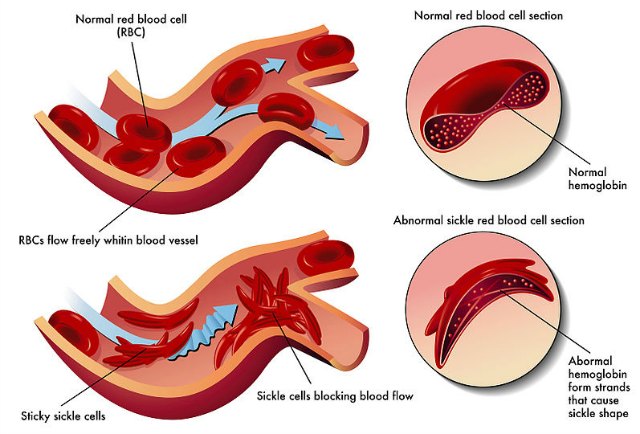 WIKIMEDIA, DIANA GRIBScientists have used the CRISPR-Cas9 gene-editing technique to rewrite the genetic mutation in blood cells that causes sickle cell disease. Once these treated hematopoietic progenitors, which had been harvested from patients, were given to mice, the cells began to produce healthy hemoglobin.

“What we have right now, if we can scale it up and make sure it works well, is already enough to form the basis of a clinical trial to cure sickle cell disease with gene editing,” study coauthor Mark DeWitt, a postdoctoral fellow at the University of California, Berkeley, told The Los Angeles Times. His team published its results yesterday (October 12) in Science Translational Medicine.

As STAT News pointed out, the technique is not 100 percent efficient. Only a fraction of the treated cells successfully ended up with the right edits; and only 2 percent to 6 percent of the corrected cells...

Stuart Orkin, a blood stem cell biologist at Harvard Medical School who was not involved in the work, told Chemical & Engineering News that CRISPR is just one route to repair the gene that causes sickle cell anemia. “There is heightened interest given the hoopla around CRISPR/Cas9 but there are other ways to edit,” Orkin said. “Ultimately, the approach that achieves excellent patient outcomes without side-effects is what is desired and there may be several different ways to achieve this end.”