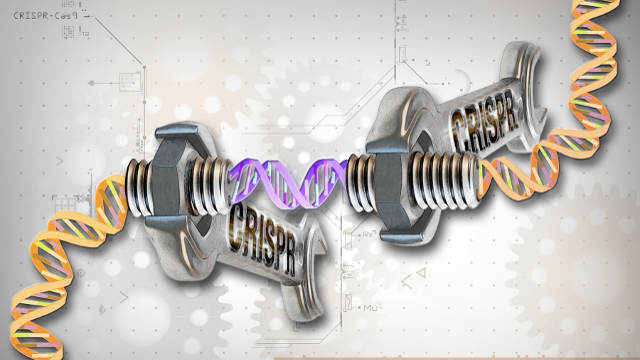 WIKIMEDIA, NATIONAL HUMAN GENOME RESEARCH INSTITUTEOn Tuesday (December 6), lawyers representing the Broad Institute of MIT and Harvard and the University of California, Berkeley, pled their respective clients’ cases to at the US Patent and Trademark Office, in the matter of who should own the intellectual property rights for the powerful—and increasingly lucrative—CRISPR-Cas9 gene editing technology.

The Scientist covered the oral arguments and the possible outcomes of the case, but there was much we left out of our initial article. Here’s the rest of the story:

Is the eukaryotic application obvious?

At the heart of this case is the question of whether or not the early prokaryotic and in vitro work on the CRISPR system—described by UC Berkeley’s Jennifer Doudna and colleagues in a 2012 patent application and published online in Science that June—could be used by a “person of ordinary skill in the art” of genome engineering...

Here’s what each side had to say about this point:

Is there precedent for the prokaryotic-to-eukaryotic transition?

There is at least some precedent—and it seems to favor Zhang and the Broad. Jake Sherkow of New York Law School pointed to a 1999 case (Enzo Biochem, Inc. v. Calgene, Inc.) in which Enzo had patented an antisense RNA technology for both prokaryotic and eukaryotic use, despite having only demonstrated that it worked in E. coli.

“The trial court concluded that . . . Enzo’s patents were invalid for lacking something called ‘enablement’—they didn’t enable an average molecular biologist to use the invention in eukaryotes,” Sherkow wrote to The Scientist in an email. “This case seems to neatly dovetail with the CRISPR case. If it’s generally true that one needs to engage in a lot of experimentation to move a technology from prokaryotes to eukaryotes, then it stands to reason that success in eukaryotes is nonobvious—and therefore patentable—over previous experiments in prokaryotes. That’s an excellent case for the Broad.”

Another scientific matter on the table

In addition to determining whether a general patent on the use of CRISPR in prokaryotes and in vitro should subsume a patent on its use in eukaryotes, the court had another scientific matter to consider: that of single-molecule versus dual-molecule CRISPR techniques. In the natural bacterial pathway, two RNA molecules bind to the Cas9 enzyme and direct it to cut a targeted bit of DNA. Doudna and her colleagues bound the ends of each of these two RNAs together, and found that the simpler, single-molecule approach worked just fine.

In his rebuttal during the oral arguments, Trybus argued that the creation of the single molecule should be considered an “obvious” extension of the dual-molecule technique. He pointed to tetraloops, which he said were known to still be functional despite having multiple RNAs linked together.